Dr. Katzman is a world-renowned spine surgeon with many awards, professional accolades, and satisfied clients. In addition to helping his patients with excellent bedside manner, he teaches medical techniques to other doctors. 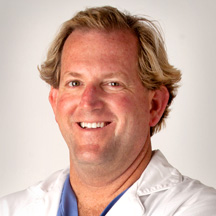 Dr. Scott S. Katzman received his Bachelors of Arts degree from the University of California at San Diego in 1985. He attended medical school at Jefferson Medical College, graduating in 1989. He did his residency in Orthopedic Surgery at the University of Arizona from 1990-1994 and became a Board Certified Orthopedic Surgeon in 1996. Dr. Katzman specializes in both minimally invasive spine surgery and laser surgery. He has been a certified clinical instructor for many well-known companies such as Biomet, Johnson & Johnson, Clarus, Kyphon and Orthocore and continues to teach his colleagues at every opportunity. He has lectured throughout the world teaching and publicizing his techniques. Dr. Katzman has been helping his patients with endoscopic and percutaneous discectomy since he was first trained in 1989. He has advanced and mastered his skills in minimally invasive laser spine surgery and discectomy techniques. He also performs spinal disc replacements and fusions with a very special technique that is gentle to the human tissue, so his patients are able to have outpatient surgery, including fusions and disc replacements.

Growing His Practice & to Help You

Dr. Katzman has even invented some of his own high-tech spinal implants. If your condition requires it, some of his specially designed implants may be used to help your back or neck pain problems. Since starting his own private practice in 1994 in Fort Pierce, Florida, Dr. Katzman has grown his practice to reach out to help more patients. He offers clinics throughout the state of Florida all of which specialize in minimally invasive procedures.

A Timeline & of Accomplishments

University of California at San Diego

Board Certified in Orthopedic Surgery

Unsure which treatment is best for your orthopedic condition, or are you interested in qualifying for one of our many advanced laser spine procedures?